Which monuments, which modernity?

Understanding, evaluating and communicating the architectural heritage of the the second half of the 20th Century 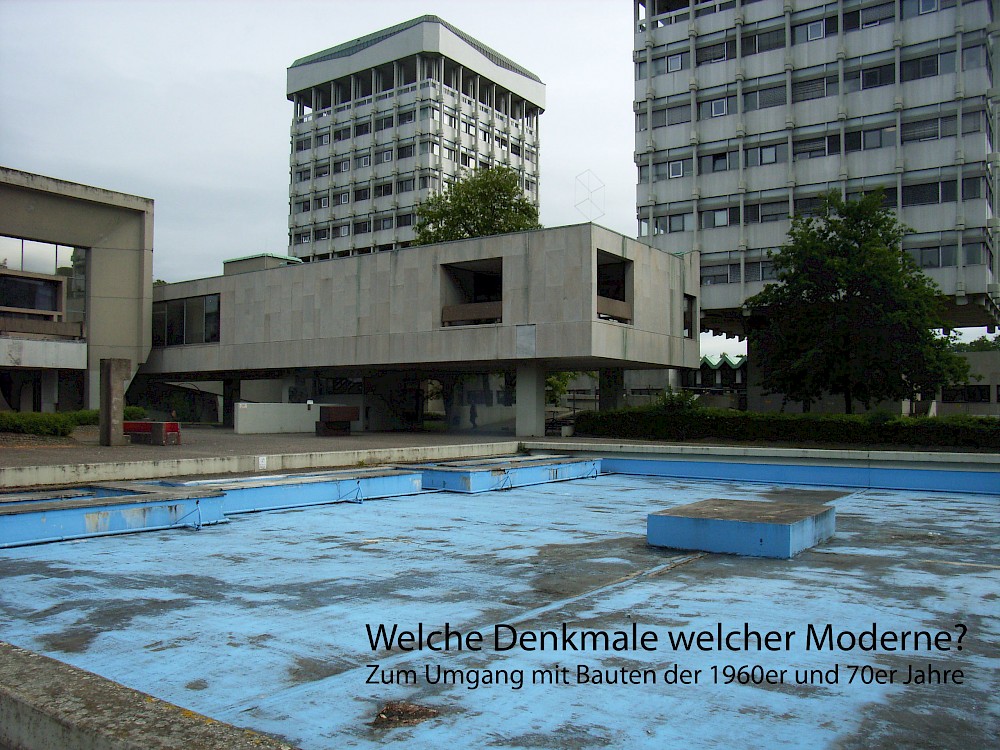 The research group W D W M was a Cooperation Project between the Bauhaus-Universität Weimar and the Technische Universität Dortmund. Running from February 2014 to January 2017, this project has been awarded funding from the Federal Ministry of Education and Research (BMBF) for three years as part of the research initiative The Language of Objects - material culture in the context of societal developments.

W D W M included researchers from the areas of architecture, historical preservation, art history and urban sociology. These researchers have been analyzing buildings, city spaces and theoretical approaches whose origins began in the 1960s. The main focus of this particular research raised the questions: How, why and by whom will the architecture of these times be perceived, appraised and continued to be used?

More information about research and individual projects as well as events, publications and the exhibition „BIG HERITAGE“ can be found on the page http://welchedenkmale.info and the final publication: